To Forgive Others, Is To Set Myself Free - Promises Healthcare
 ENQUIRY
+65 1234 5678 support@website.com
0 Items 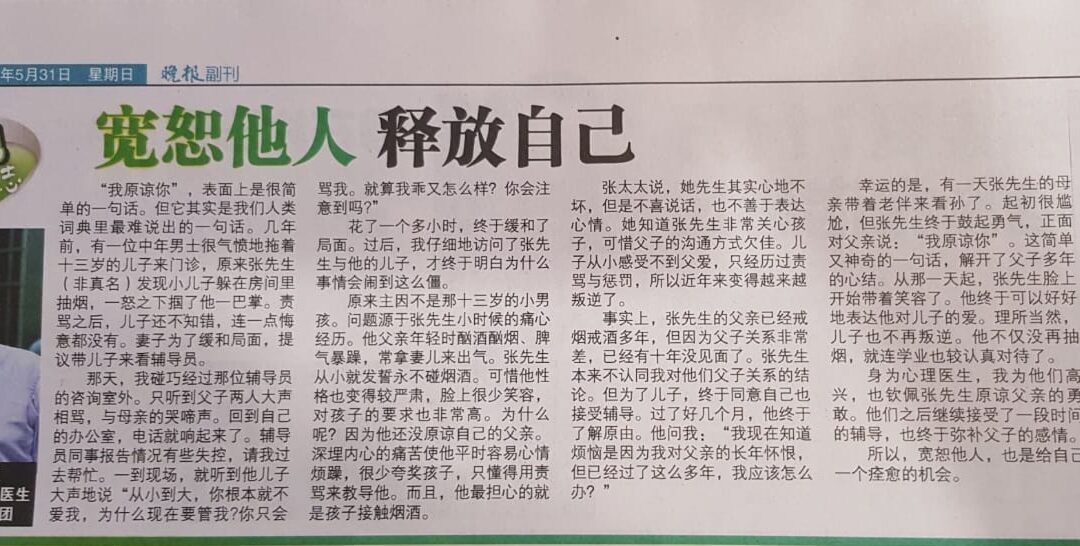