The link between Anxiety and Alcohol Use; and Implications for Treatment and Early Intervention Especially In Youths

Alcohol. A beverage that many people enjoy drinking; be it for socialisation or as an escape from reality. However, it is also a beverage that can harm your health and adversely affect many lives. Indeed, alcohol abuse has become increasingly rampant, where it is one of the leading causes of disease and death, with 5.3% of all global deaths and over 200 diseases and injury conditions resulting from the harmful use of alcohol. Worryingly, it is also a phenomenon that has affected Singapore, with 9.6% of Singaporeans engaging in binge drinking (as of 2016) and an increasing number of Singaporean young adults battling Alcohol Use Disorders (AUD). As such, alcohol abuse has become a growing cause of concern.

There are many reasons why alcohol consumption is increasing. Alcohol consumption has been perpetuated by the media in recent years, with an increase in advertising and marketing of alcohol. For instance, in Australia, people are exposed to about nine alcohol televised advertisements every month. In turn, exposure to such advertisements causes alcohol consumption to be glorified and promoted, where people have unrealistic positive expectations towards alcohol, believing that it boosts one’s mood and invokes cheerfulness and confidence. Additionally, alcohol consumption has also increased due to peer pressure. Be it a work engagement or partying with friends, people often find it hard to say no to alcohol, as that rejection may cause disapproval among colleagues or friends. Thus, many people engage in risky drinking behaviour to socialise and develop their relationships.

However, a more significant reason behind alcohol consumption is feelings of anxiety or having anxiety disorders. People with anxiety disorders have 2 to 3 times the risk of having alcohol use disorders (Smith & Randall, 2012). Many people tend to use alcohol to reduce social anxiety, as they believe that alcohol is an excellent aid to speak up and gain more confidence around others. Similarly, people use alcohol as a form of self-medication to overcome anxiety symptoms and stress, relying on it as a coping mechanism. However, contrary to popular beliefs, alcohol exacerbates rather than alleviates anxiety symptoms. This worsened anxiety makes them drink more and have more alcohol-related problems, which causes further anxiety and stress.

Alcohol abuse also causes anxiety. Drinking alcohol builds a tolerance to de-stressing effects of alcohol. This creates a temporary sense of relaxation but later leads to feelings of depression and anxiety. This is because the prolonged use of alcohol can act as a stressor and activate the body’s stress response system, changing neurotransmitter levels in the brain and causing an increase in stress and anxiety. As such, alcohol can worsen anxiety symptoms.

Therefore, anxiety and alcohol abuse tend to fuel each other in a vicious feed-forward cycle of co-occurring addiction and anxiety, which is difficult to break out from. As such, integrated treatment for both anxiety and alcohol use should be readily available.

There have been existing parallel or subsequent attempts to treat both anxiety disorder and AUD (i.e. treatment for anxiety disorders first, followed by AUD). However, studies have found that parallel treatments have caused worse alcohol outcomes compared to just seeking one treatment. This is possible because the cognitive load of receiving two separate treatments may be confusing or overwhelming for people, causing them to feel anxious or turn back to drinking as a coping mechanism. As such, these type of treatments causes a “co-morbidity roundabout”, which is a metaphor of mental health problems resurfacing when attempting to tackle substance disorders (and vice versa), thus failing to break out from the vicious cycle of these co-morbid disorders. Therefore, it is clear that both anxiety disorder and AUD are inter-related issues, and an integrated treatment approach is vital to tackle both disorders.

While the above has proven that integrated treatment is indeed useful in overcoming social anxiety and AUD, the road to recovery is a long and arduous journey, where there are a lot of physical and mental challenges suffered by both the clients and their families. Hence, these issues could be more easily overcome or even avoided if there are early intervention and support to at-risk youths.

Over the years, the number of youths drinking alcohol has increased. According to the Avon Longitudinal Study of Parents and Children (2004), the number of youths that engage in binge drinking increase tremendously between the age of 18 and 21 (from 18% to 35% respectively). Furthermore, 18-year-olds who drank alcohol as a coping mechanism or who had anxiety disorders were 1.8-3.8 times more likely to drink. Both groups had a greater risk of transitioning from low-risk alcohol use at age 18 to high-risk alcohol use at age 21.

There are many motives that may drive youths to drink alcohol. A primary reason is that youths are at a phase where they are transitioning to adulthood. Adulthood brings more stress and anxiety due to changes such as new relationships; along with new responsibilities and challenges such as living in a dormitory and budgeting. Additionally, this phase of life also provides youth with more autonomy and drinking opportunities (e.g. clubbing, drinking games). With these drastic changes in life, youths often drink to enhance positive moods, socialise with others, conform to social groups, or as a coping mechanism to overcome stress or anxiety. This causes harms associated with alcohol to peak in early adulthood, emphasising the importance of early intervention to avoid these detrimental consequences.

An ongoing programme called “Inroads Study” (Stapinsky et. al., 2019) aims to provide early intervention to youths with anxiety disorders and AUD. It seeks to enhance anxiety coping skills and address coping-motivated drinking. Moreover, this programme is specially tailored to make it more relevant and appealing to youths. This includes making the programme available online, which is preferred by youths as it is more convenient, affordable and reduces stigma. Participants can freely access online therapy sessions and modules about tackling challenges often faced by youths. Thus, such interventions can address the interconnections between anxiety and alcohol use, as well as reach out successfully to youths in a relevant and appealing manner.

One such prevention programme was organised by Edalati & Conrod (2019), who first identified at-risk youths through the Substance Use Risk Profile Scale; where those with higher levels of certain personality traits (e.g. sensation seeking and negative thinking) were at higher risk of abusing substances before the onset of use. Afterwards, these youths attended coping skills workshops, CBT and motivational interviewing.  Results showed that the programme proved effective in reducing alcohol use, alcohol-related harms and emotional and behavioural problems (i.e. symptoms of anxiety and depression). This shows the importance of early intervention and prevention programmes.

In conclusion, it is apparent that there are interconnection and the longstanding link between anxiety and alcohol use, where this co-morbidity can cause huge effects on one’s physical and mental wellbeing. Thus, this raises the importance of integrated treatment, allowing both conditions to be resolved at the same time. Furthermore, early intervention is extremely vital to offer support to youths and prevent potential disorders from occurring. More importantly, all this shows that alcohol is not the answer to relieve stress and anxiety, and can only serve to exacerbate rather than resolve our problems. Thus, such action could be done to reduce excessive alcohol use in our society, such that harmful usage and effects of alcohol could be prevented.

Edalati, H., & Conrod, P. J. (2019). A Review of Personality-Targeted Interventions for Prevention of Substance Misuse and Related Harm in Community Samples of Adolescents. Frontiers in psychiatry, 9, 770.

Photo by Q.U.I on Unsplash 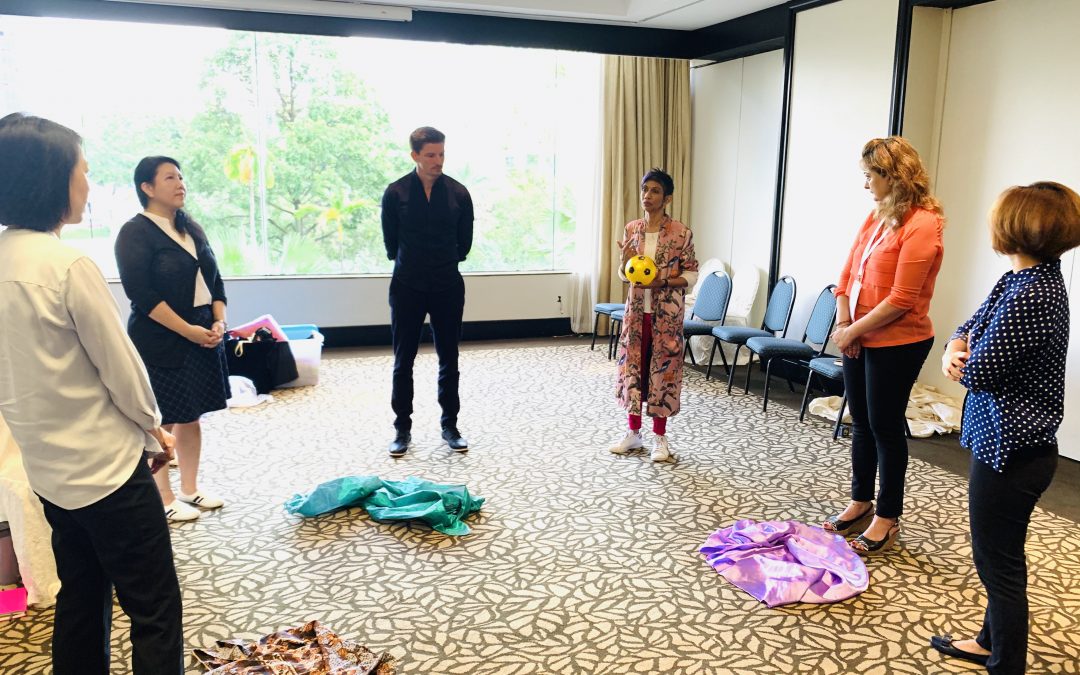