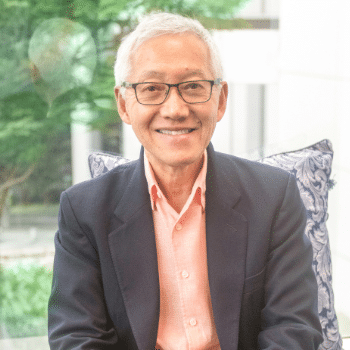 Eric has coached senior executives across many industries for over 11 years. His values-based approach and engaging style have helped many become more effective leaders. His feedback and feedforward sessions and use of a thinking preference tool are other distinctive aspects of his coaching.

Based in Singapore, Eric has more than 30 years of experience in the corporate world, mainly holding HR leadership roles in major multinationals and respected public listed companies operating in Singapore and the region. He has also more than 11 years of experience in HR consulting, outplacement services and executive search before he made the switch to executive coaching in 2008. He has worked and lived in Hong Kong and the US, and has travelled extensively in the Asia Pacific region during the course of his work.

Among the companies Eric has worked in include Exxon (previously Esso), Union Carbide, Cummins Engine Company, the Cold Storage Group (Dairy Farm Group), the OCBC Bank Group, and Compaq Computer (before its integration with Hewlett-Packard).

Eric’s coaching style is intense, yet engaging, refreshing and uplifting. He believes that every person has a purpose and the potential to lead a fulfilling life. He is encouraging and caring and has helped many successful leaders live more meaningful lives, beyond their work.

Apart from coaching senior executives, Eric is active in several professional and community organizations. He is President of the Dyslexia Association of Singapore and sits on the board of the DAS Academy and DAS International. He is also an active Rotarian, a past president as well as a past assistant district governor; a member of the parochial church council and active lay leader of an established church, and an Alpha host. He is also Chairman of the management council of the only non-gated condominium in Singapore.

He has been involved with several fund-raising projects, including producing three CDs for worthy causes. He enjoys a good game of golf, all kinds of food, regular moderate exercise, and an occasional red or single malt with friends and family.