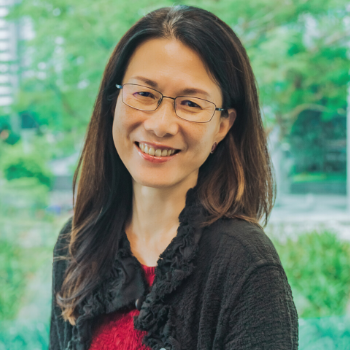 With over twenty years in the mental health and social service sectors, in both the public and private sectors, Elizabeth is highly experienced in several areas such as women’s mental health issues, affective and anxiety disorders, parenting and family issues, addictions, and more.

For her service at the IMH as Deputy Head of the Department of Psychology, she was awarded the National Day Efficiency Medal. At the MCYS, she worked as Head of the Psychological Services Unit.

Upon graduation from the University of Melbourne on a Colombo Plan Scholarship, Elizabeth returned to Singapore to join the Institute of Mental Health (IMH). In 1993, she completed her postgraduate studies in Clinical Psychology at the University of London under the auspices of a fellowship she was awarded. During her employment at IMH, Elizabeth’s dedication to her profession became apparent as she served on various administrative and professional committees both within and without the hospital. This culminated in her designation as Deputy Head of the Department of Psychology in 1997, and her award of a National Day Efficiency Medal in 1999.

Committing herself to public service, she assumed a more robust portfolio as Head of the Psychological Services Unit (PSU) at the MCYS in 2000. The PSU’s responsibilities included clients across the spectrum of its divisions as well as affiliated Voluntary Welfare Organisations. In 2006, she returned to IMH as Head, Allied Health and Principal Psychologist in the Community Addictions Management Programme, where she worked for two years.

With over twenty years in the mental health and social service sectors, the scope of her experience has run the gamut from public service to private practice. Her passion has hardly waned. Testament to the pride she takes in her profession, she continues to be involved in the wider community of psychologists. And to top that all off, Elizabeth is the matriarch of a family which boasts three children.