Dr Terence Leong is a Senior Consultant Psychiatrist who specialises in general adult psychiatry and medical psychiatry, and is respected in the field of forensic psychiatry.

Dr Leong has occupied multiple key roles at the National University Health System, which oversees several hospitals, national speciality centres, and polyclinics. In addition, he was also appointed to be a senior lecturer at the Yong Loo Lin School of Medicine.

Dr Terence Leong is a Senior Consultant Psychiatrist whose areas of interest are general adult psychiatry and medical psychiatry (consultation-liaison psychiatry). In addition to his work in a clinical setting, he also has forensic experience, authoring many forensic reports for the courts and lawyers. Dr Leong’s has been called upon frequently to give evidence in both the state courts and high court in Singapore.

Both Dr Leong’s MBBS degree and postgraduate degree, MMed (Psychiatry) were awarded by the National University of Singapore. After graduating in 2007, Dr Leong began his career at the National University Health System, working as a senior registrar in the Department of Psychological Medicine. In 2009, he completed his specialist training and was registered as a specialist with both the Singapore Accreditation Board and Singapore Medical Council.

In the span of three years, Dr Leong was promoted twice, first to Associate Consultant and then to Consultant in 2012. Subsequently, he was also appointed the department’s Clinical Director from 2013 to 2014. His professionalism and aptitude were demonstrated by his assumption of key roles such as the department’s Representative for NUHS’ Joint Commission International Accreditation twice, as well as its Patient Safety Officer and Clinical Quality Officer. The National University Health System’s ambit comprises several hospitals, national specialty centres, and polyclinics, demonstrating the breadth and depth of his responsibilities early on in his career.

During his tenure with NUHS, Dr Leong was also appointed to be a senior lecturer with the Yong Loo Lin School of Medicine, where he contributed to both undergraduate and postgraduate education, and examination. He also took the time to nurture many psychiatry residents as their supervisor. The confluence of multifarious roles and responsibilities he encountered during the trajectory of his career so far both inspired a life-long interest in education and ossified a determination to stay ahead of the curve in psychiatry. With an extensive range of clinical roles in NUHS, Dr Leong has first-hand experience in inpatient, outpatient and community settings. He appreciates the importance of a good integrated care spectrum, and is working tirelessly to that end. 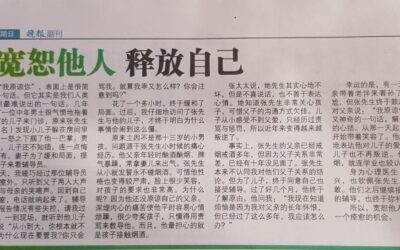 Written by: Dr Terence Leong, Senior Consultant Psychiatrist, Promises Healthcare Translated by: Christian Tan First published on Wan Bao Fu Kan on 31 May 2020.   “I forgive you.” while on the surface seems to be an innocuous word and easy to say. But in reality,... 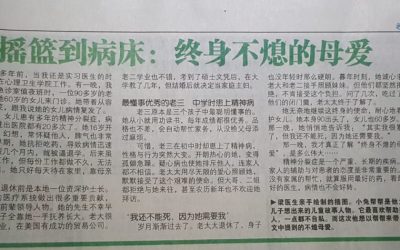 Written & Translated by: Dr Terence Leong, Senior Consultant Psychiatrist First published on Wan Bao Fu Kan on 19 Jan 2020 in Mandarin   Many years ago, whilst I was a trainee, I used to work in the Institute of Mental Health. One night, while I was on duty...